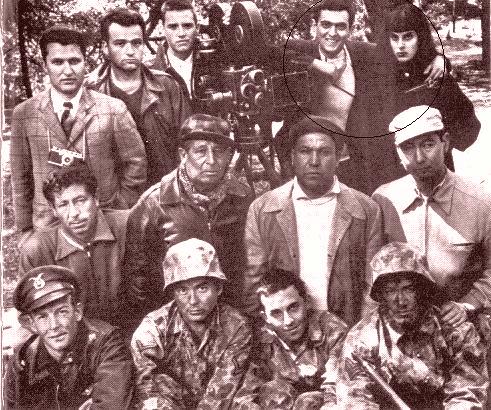 Stanley Kubrick, the director of 2001: A Space Odyssey and A Clockwork Orange whose films often puzzled and shocked audiences only to end up as classics, died Sunday at his home in England, his family said. He was 70.

Police were summoned to Kubrick's rural home north of London on Sunday afternoon, said authorities in Hertfordshire, where he was certified dead. "There are no suspicious circumstances,"' police said.

Kubrick's family announced his death, and said there would be no further comment.

His latest film, , is still slated for release on July 16, Warner Bros. said Sunday. Tom Cruise and Nicole Kidman star in the story of jealousy and obsession, which Kubrick made in great secrecy.

"He was like family to us and we are in shock and devastated," Cruise and Kidman said in a statement released by their publicist.

At 17, he was hired as a staff photographer by Look magazine, which had been impressed by a picture Kubrick had snapped on the day President Franklin D. Roosevelt died.

While working at Look, he studied film by attending screenings at the Museum of Modern Art.

"I was aware that I didn't know anything about making films, but I believed I couldn't make them any worse than the majority of films I was seeing. Bad films gave me the courage to try making a movie," Kubrick once said.

In 1951, he sold a 16-minute short documentary about a boxer, Day of the Fight, to the RKO film studio.

Kubrick was drafted by actor Kirk Douglas into the film Spartacus when the production - then the most expensive ever mounted in the United States - ran into trouble. The film, about a slave revolt in ancient Rome, included some footage shot by the original director, Anthony Mann, and Kubrick did not regard the finished product as a great success.

"I tried with only limited success to make the film as real as possible but I was up against a pretty dumb script which was rarely faithful to what is known about Spartacus," Kubrick told an interviewer.

Lolita, starring James Mason and Shelley Winters, was based on Vladimir Nabokov's controversial novel about a professor who is sexually obsessed with a 12-year-old girl. The work was filmed in Britain, in part because of censorship problems, and thereafter Kubrick was based in Britain.

Dr. Strangelove, starring Peter Sellers and George C. Scott, was a black comedy about nuclear war released in the early '60s during a period of great fears over the bomb and Cold War tensions.

2001, a science fiction film about the evolution of man and humanity's place in the universe, used dazzling visual imagery and an inspired use of music proved to be a great success for Kubrick.

In an interview with Playboy magazine, Kubrick said he had "tried to create a visual experience, one that bypasses verbalized pigeonholing and directly penetrates the subconscious with an emotional and philosophic content ... just as music does. ... You're free to speculate as you wish about the philosophical and allegorical meaning."

A Clockwork Orange, set in a violent future, is a graphic film about a young thug who carries out rapes and beatings before being sent to prison where he is brainwashed.

The film was one of Kubrick's most controversial - it was even disparaged by Anthony Burgess, whose novel was the basis of the film, and Kubrick eventually removed it from screens in Britain. One of Kubrick's memorable touches was to have his hero sing "Singin' in the Rain" while dishing out a brutal beating.

Kubrick married Suzanne Harlan in 1958, and they had three daughters. Details about funeral arrangements were not immediately available.

Some of Kubrick's better known films.