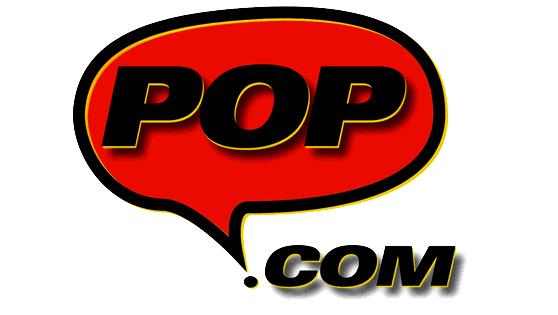 Launching in Spring 2000, POP.com is an independent digital entertainment company created to produce and broadcast original internet-only programming. The content will be a mix of live action and animation, video on demand and live web events, and non-linear interactive features and games. Most features will consist of one to six-minute episodic streaming video segments, or "pops," with an emphasis on comedy, although all genres of entertainment will be represented.

POP.com's content will be immediate, raw and interactive, allowing viewers to interact both with the programming itself and with other users across the site. All programming will have complementary interactive features, including chats and instant messaging, as well as community-building tools that will empower users to create, script, direct, edit, and personalize their own content to be showcased on the site. POP.com will encourage its viewers to submit their own programming, with the best submissions being broadcast alongside POP's own shows. The creators of the most popular submissions will be rewarded with development contracts at DreamWorks and Imagine. The founders of POP.com hope to encourage other artists and filmmakers to join them in creating original programming for the site, giving them the opportunity to take creative risks not possible in commercial film or television production.

POP.com will be free to web users, with revenues derived from advertising, sponsorships and e-commerce applications. In order to make the entire content of the site accessible to the largest possible internet audience, computer users with 28.8k modems will be able to enjoy much of the programming, although those with faster modems and faster internet connections will obviously have improved video quality. As broadband penetration continues to grow, POP.com's programming will evolve to keep it on the cutting edge of technology.

Imagine and DreamWorks worked closely with Lycos, Inc. (NASDAQ: LCOS) and its CEO Bob Davis in the development of their site name and expect to be working with them and many others on related matters in the future. Skip Brittenham and Cliff Gilbert-Lurie, of Ziffren, Brittenham, Branca & Fischer, represented both Imagine and DreamWorks in the formation of the company.

In making the announcement, Mr. Howard said, "I personally find the opportunity to explore this new form of entertainment and creative expression both stimulating and liberating. While much of what we have learned throughout our careers will apply, I am also certain that new and unusual aesthetic values will quickly evolve—shaped by the medium itself, the public and the creative collaborations which this company will encourage. Sounds like fun to me, and to venture into this territory with my partner Brian Grazer and three of the most extraordinary influences in contemporary entertainment, Steven Spielberg, Jeffrey Katzenberg and David Geffen, is all the more gratifying."

Mr. Spielberg said, "I have known Ron Howard for many years and am thrilled to have an opportunity to be working with him and Brian Grazer on this new venture. The internet offers unlimited potential as a new entertainment arena, and Jeffrey, David and I are looking forward to exploring that potential with Ron and Brian."

Mr. Grazer added, "We are very inspired by the conceptual nature of this emerging medium, which lends itself to the explosive power of ideas more than any other. I am excited to work with Steven, Jeffrey, David and my partner Ron toward building a digital entertainment company specifically designed for the internet."

Mr. Katzenberg said, "Just as MTV introduced a new entertainment forum for music videos, we think this new enterprise will offer a new form of entertainment for the rapidly growing population of internet users. POP.com has the capability not only to offer a variety of entertainment options, but to tap into an as-yet-undiscovered talent pool that is as global as the internet itself."

Imagine Entertainment is a film and television production company formed in 1986 by producer Brian Grazer and director Ron Howard. Together Mr. Grazer and Mr. Howard have produced films such as "Splash," "Parenthood," "Backdraft," "Apollo 13," "Ransom," "The Nutty Professor" and "Liar, Liar," and television shows such as "Felicity," "Sports Night," "The PJ's" and the Emmy Award-winning miniseries "From the Earth to the Moon."
© 1999 POP.com