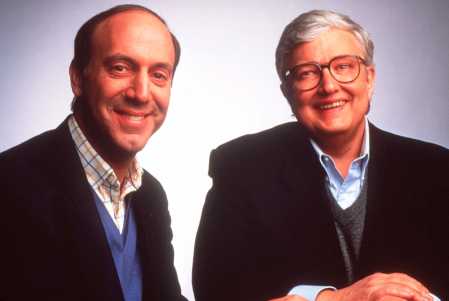 CHICAGO (AP) - Film critic Gene Siskel, known for the thumbs-up and thumbs-down reviews he and Roger Ebert shared on their popular TV show, died Saturday. He was 53.

Siskel had surgery in May to remove a growth from his brain, but returned to the syndicated television show "Siskel & Ebert" soon afterward. He announced earlier this month he was taking time off from that show to spend time recuperating from the surgery.

He died at Evanston Hospital near Chicago, surrounded by his family.

"There was a bedrock of respect that developed over the years," Ebert said, explaining their unique relationship, in a telephone interview with The Associated Press from his home in Michigan.

Siskel wrote movie reviews for the Chicago Tribune and also did reviews for "CBS This Morning" and WBBM-TV in Chicago.

He had said when he announced his leave on Feb. 3 that he expected to return to writing his reviews and the television show this fall.

"I'm in a hurry to get well because I don't want Roger to get more screen time than I," Siskel said then.

Robert Altman, director of "M A S H", "The Player" and "Nashville", said from his Los Angeles home that "I didn't think critics ever died."

"He didn't like my stuff too much. I don't pay much attention to critics."

But Altman said Siskel, with Ebert, changed the way movie criticism is viewed by both moviemakers and the public.

"I think that they were a positive thing," he said. "Several shows tried to emulate them and failed."

"He, along with his partner Roger Ebert, took film criticism into the mainstream," he said. "The average person would look toward them about whether to take their hard-earned dollars to the box office."

Siskel and Ebert are likely the most recognizable movie critics in the nation. Their trademark "thumbs-up" and "thumbs-down" reviews became a benchmark for the movie industry.

Their show's continuing success was largely attributed to the chemistry between the tall, balding Siskel and the heavyset Ebert. They appeared to practice a one-upmanship that was in the tradition of the rivalry of their newspapers. Ebert is a critic for the Chicago Sun-Times.

Their conflicting opinions often prompted the other to respond with biting sarcasm.

"We had lots of big fights," Ebert said in an interview with WLS-TV. "We were people who came together one day a week to work together and the other six days of the week we were competitors on two daily newspapers and two different television stations. So there was a lot of competition and a lot of disagreement."

With the death of Siskel, the show's future is uncertain.

"The show will continue with revolving guest critics," Ebert said. "In the future, we will see."

Siskel was known for his outspoken opinions of not only movies, but of the people who made them.

He voiced objections to the Oscar awards, presented annually by the Academy of Motion Picture Arts and Sciences. He once told Playboy magazine the awards were overrated and the system of selection meant the nominations can be bought with advertising.

Siskel said critics have more right than the academy to pick the Oscars, saying critics have given their lives to film and have an advantage over the people who vote - the critics have seen all the movies.

Siskel graduated from Yale University in 1967. He joined the Tribune in 1969. He and Ebert began their partnership in 1975 with the public television program "Sneak Previews." They left the program in 1982, when their show went into syndication.